Habitat survey of the Old Drava 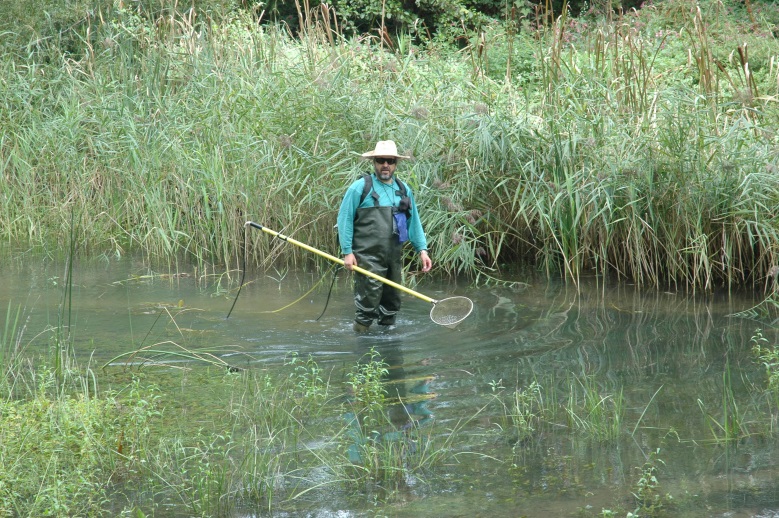 Surveys of the habitats, terrestrial and aquatic fauna of the Old Drava were conducted in 2015 during spring and summer. Groups of researchers familiar with the Drava and wetland ecology carried out the analyses along the 17-km-long oxbow. The diversity of habitats along the meandering Old-Drava was well presented by the fact that 17 habitat types were registered within the only 80 allocated habitat patches. Based on the surveys, maps of 1: 10 000 scales were produced, in which the smallest test units had the area of 400 square meters. Such detailed maps of this area have not been produced before.

The greatest challenge during the mapping was the precise identification of the fine scale mosaic pattern of wetland habitats. These smaller habitat patches squeezed in between almost impassable reed beds and shrub willow stands were localized by experts using aerial photos. The aquatic vegetation of the Old-Drava was mapped during boat surveys. The typical species composition of each habitat was recorded with the location of protected plants marked with an accuracy of almost one meter. The most important habitats with European significance, also known as Natura 2000 sites, are the slack and slowly flowing waters with their aquatic vegetation (Magnopotamion- or Hydrocharition-type), and the alluvial forests with alder (Alnus glutinosa) and ash (Fraxinus excelsior).

In the forests along the oxbow, many protected plants can be found, such as the familiar snowdrop (Galanthus nivalis) and primrose (Primula vulgaris), the lesser-known scouring rush (Equisetum hyemale) and Carpesium fruit (Carpesium abrotanioides). In the aquatic habitats, white water lily (Nymphaea alba), water chestnut (Trapa natans) and floating fern (Salvinia natans) are the typical protected species.

Unfortunately, the experts have also found invasive plants, which deteriorate the good natural condition of these habitats. The reason for their occurrence is previous plantations in the forests surrounding the Old Drava. Examples are black locust (Robinia pseudoacacia) and green ash (Fraxinus pennsylvanica), which are able to spread ever since within the gallery forests along the oxbow. Furthermore, they also provide an opportunity to other invasive plant species to spread within the shrub level that ultimately threaten the native plant cover. These include, for example, wild cucumber (Echinocystis lobata), american pokeweed (Phytolacca americana) and tall goldenrod (Solidago gigantea), which not only can be found in floodplain forests and lush shrubs along the oxbow, but also further away. To keep these at bay should be one of the most important tasks for practical nature conservation. 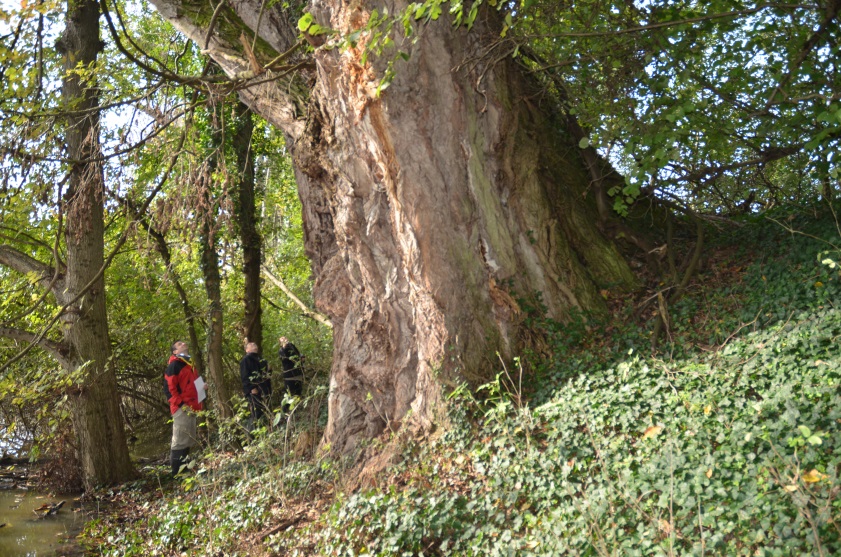 The survey of the terrestrial vertebrate species in the Old Drava provided useful information. The assessments of the bird fauna were particularly successful. Within the study area, the occurrence of 90 bird species was revealed including 12 strictly protected ones.  Perhaps the most important of these are the ones, which use the Old Drava as a breeding ground, such as little bittern (Ixobrychus minutus),black-crowned night heron (Nycticorax nycticorax), purple heron (Ardea purpurea), ferruginous duck (Aythya nyroca). The presence of reptiles and amphibians was more modest than expected. Green aquatic frogs dominate among the latter group, including the well-known edible frog (Pelophylax kl. esculentus); while the former group is represented by sand lizards (Lacerta agilis) and dice snakes (Natrix tessellata). Direct and indirect methods were both used in order to assess the occurrence of mammals. The strictly protected barn owl (Tyto alba) feeds and breeds in the vicinity and its sputums can be found in the study area. The analysis of owl sputums showed the remnants of 17 small mammal species including 5 protected species of musk rat, or the also protected hazel dormouse (Muscardinus avellanarius), field vole (Microtus agrestis), Eurasian harvest mouse (Micromys minutus) and least weasel (Mustela nivalis). Previous observations reported further 7 small mammal species, most of which was confirmed during the study in 2015. The occurrence of the strictly protected wildcat (Felis silvestris) and European otter (Lutra lutra) could also be established within the study area. The presence of wild boars (Sus scrofa) is also significant, which probably negatively affects the populations of small reptiles and amphibians.

The investigation of the fish fauna in the Old Drava was performed by a low-power electric fishing machine. In the four sample sections, more than 500 fish specimens were caught in the nets, which were all released once identified. 15 species were found among the captured fish with the common roach (Rutilus rutilus) having the highest abundance. The lesser-known common roach is a medium sized carp species that can be commonly found in our stagnant and flowing waters. In addition, common rudd (Scardinius erythrophthalmus), silver bream (Blicca bjoerkna), common bleak (Alburnus alburnus), common bream (Abramis brama), Prussian carp (Carassius gibelio) and European perch (Perca fluviatalis) were caught. The protected European bitterling (Rhodeus amarus) and spined loach (Cobitis taenia) were rarely found, while the presence of the northern pike (Esox lucius) seemed stable. The observations confirmed the expectations that non-native adventive species also occur in the Old Drava. Both of these alien species are of North-American origin, black bullhead (Ameiurus melas) and sunfish or pumpkinseed (Lepomis gibbosus), and they cause serious damage by consuming the juveniles of other fishes and amphibians. The researchers are optimistic that they will be able to find additional species during the autumn and winter sampling periods.